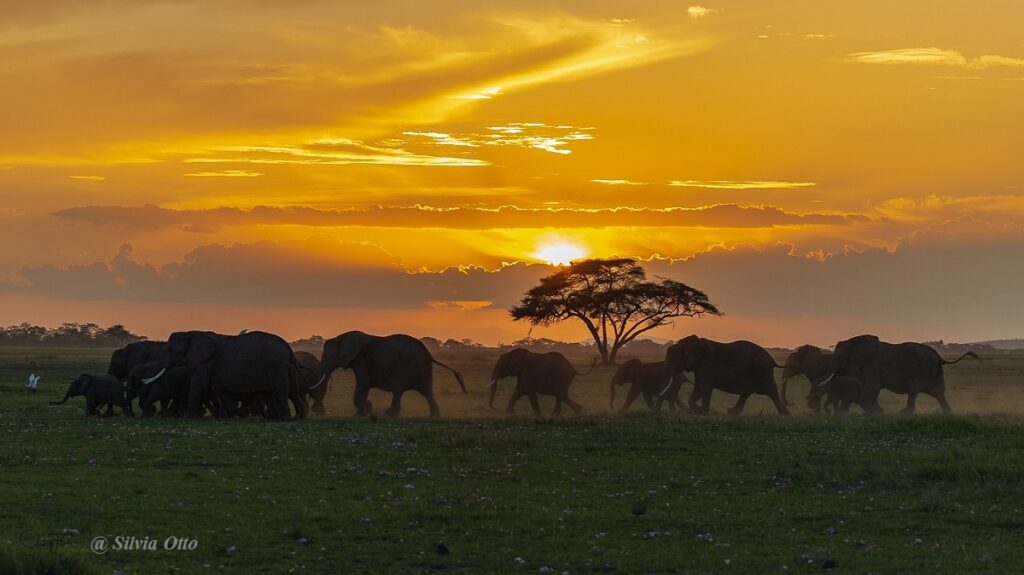 You can imagine that these countries are not only very diverse due to cultures but also due to different landscapes and habitats. Each country has its own attraction, charm and each has something very special to offer. It also depends on you what you would like to explore and see with your own eyes.

South Sudan has amazing regions among them River Nile and one of the most impressive animal migration. As soon as the country will be peaceful we will introduce an amazing safari to you in their National Parks.

We concentrate on National Parks in East Africa in Kenya, Tanzania, Uganda and Rwanda

Kenya is probably the most diverse country among the 4 countries. From beautiful beaches along the Indian Ocean, to coastal forest, dry or thorn-bush savannahs, grass savannahs, mountain forests, rain forest, mountains, rivers, fresh and soda lakes and a number of deserts.

Kenya covers 580.367 km2, has a population of around 53 Mio., a population density of 94 per km2. The highest density is around the capital town Nairobi. Beside some industry coffee, tea, roses, corn, maize, rice and fruits are produced and partly exported. A big role also plays diary and meat products. In drier areas pastoralist still move around in search of water and pasture for their livestock.

The most famous National Parks of East Africa in Kenya are Masai Mara National Reserve, Amboseli, Samburu National Reserve and Mount Kenya. But you will see there is much more to see and visit. Many visitors also like the different beaches along Kenya’s long coast.

Tanzania borders Kenya in the South and the Great wildebeest migration passes through both countries. For tourists is the Northern and Southern area open. The northern region with Serengeti National Park and Ngorongoro Crater is better known. But also the southern circuit has a number of highlights and beautiful parks.

Tanzania covers 61.193.226 km2, has a population of about 61 Mio and a population density of 57.5 per km2. Dodoma is the capital town, Dar es Salaam the largest city and Arusha is the town from where most safaris start.

The best known and amazing places in Tanzania are Serengeti National Park, Ngorongoro Crater and Kilimanjaro. But also in Tanzania there is much more to explore! Well known and liked is the spice island Zanzibar in the Indian Ocean.

Uganda is West of Kenya and part of the border runs over Mount Elgon, an other stretch goes through Lake Victoria, the largest fresh water lake in Africa and the 2nd largest in the world covering  49.947 km2. West of Uganda is the Democratic Republic of Congo (DRC). Uganda covers 241.038 km2, has a population of nearly 43 Mio and a population density of 157 / km2. The capital town is Kampala at Lake Victoria.

A large percentage of the population is living from the agriculture. Diary also plays a role and nomadic tribes are mainly in the Northeastern region of the country. Tourisms facilities have been developed in the last years and provide a good number of jobs. Uganda is a landlocked country and depends on goods being transported from the harbors at the Indian Ocean through Kenya or Tanzania.

Uganda’s attractions are the Mountain Gorillas, Chimpanzees and many other primates, the Shoe-billed Stork, the Virunga and Rwenzori Mountains. But also Uganda has beautiful national parks and amazing regions with fantastic views to the Virunga and Rwenzori Mountains. Boat rides are always a welcomed way of encountering wildlife. You have opportunities on one of the lakes, at Kazinga Channel or on the River Nile to ride below the Murchison Falls.

Rwanda is a small landlocked country which is also called “The land of 1.000 hills”. Rwanda covers 26.338 km2, has a population of 12.3 Mio and a population density of 525 / km2. Kigali is the capital town. Agriculture and tourism are the main income providers.

Mountain Gorillas, Chimpanzees and a large number of different primates are the main attractions beside very scenic landscapes with hills and lakes. You will find them in national parks and other protected areas.

We don’t only introduce National Parks in East Africa to you but also conservancies and National Reserves which are equally attractive and play an important role in conservation.

You will get to know about the different protected areas, wildlife, bird species, biotopes and accommodation. 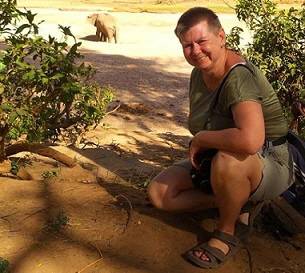